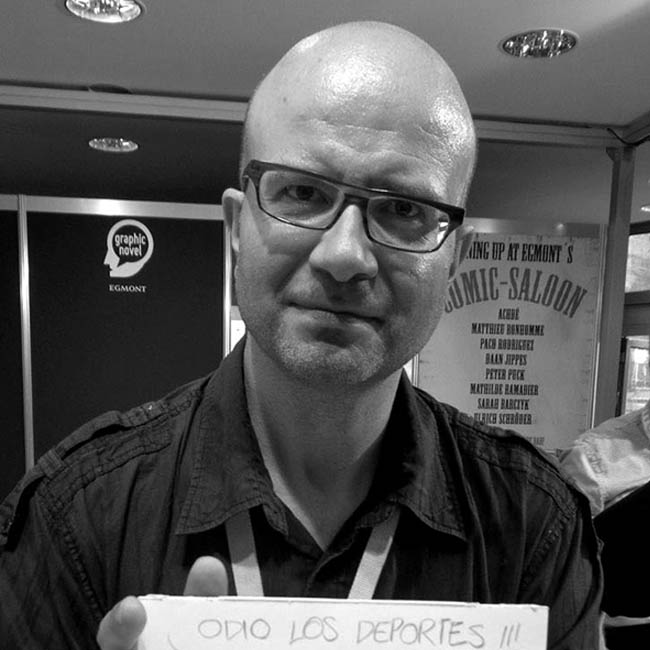 Actually he works with the Danish publisher Egmont Creative and the DPG Media publisher from Netherlands.

I worked in the past with comics and covers of “Angry Birds” for Rovio and some pages in the last period of Spanish underground comiics magazine Makoki.